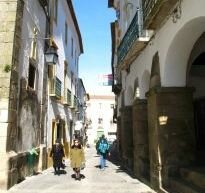 Although this is a reasonable flat landscape, most of the towns are located on top of small hills. The region, characterised by a typical Mediterranean landscape, produces wine, oil and cork.

Mobility in the region 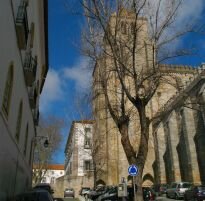 The main transport share in the region is represented by private vehicles, also due to the insufficient public transport system from the main city (Évora), where jobs are concentrated, and other cities in the region.

The city of Évora is an important tourist attraction as a UNESCO world heritage place, and a university center and therefore there are many connections to the Portuguese capital (highway, train and bus), but not to the other Portuguese cities. For most of these cities, public transport is only guaranteed by bus services. The old railways have been closed for more than 10 years.

The main objective for CIMAC within the Poly-SUMP project is to learn from the experiences of other countries on how to implement polycentric SUMP, and in turn to spread this knowledge to other municipalities in Portugal.

With its participation in Poly-SUMP, the region aims to develop a transport strategy that will improve the transport flows between the main cities, in order to reduce the use of private transport for daily commuting.

The biggest challenge comes from the predicted reduction and dispersion of the population in the area in future years, that will make it more difficult to maintain the level of services that exist in smaller towns and the viability of a public transport network.

In the region of Alentejo there are many sub-regions that face the same transport problems as Central Alentejo. Within Poly-SUMP, they will be invited to participate in the process as observers, thus giving them the possibility to make the necessary analysis to benefit from a polycentric SUMP.